Now Reading: Quick Things To Note Incase You Get Arrested. What police can do and cannot do to you. We live in a society where the Law is eminent in every action we take. Even the activities we perform in our own rooms or houses provided it affects others in a way. The law exists to guide our conduct in the community. Now imagine a country without Law. Anyone could harass or rob or even worse kill you for no reason. And the culprit will answer to no one. So Technically the law protects you and I.

Yet the same law that protects you can catch you up one day, perhaps for the most stupid reasons. Or maybe you are actually guilty but for the right reasons and there needs to be an investigation. Trust me you will be hot when this happens to you. The pressure and the precious time of yours wasted. I recall an event that occurred a few years back that brought more light to this situation.

I had to meet some acquaintances just to sell off some electronic products that he shown interest in. we met at the mall because we thought it was the safest place to do an exchange. The funny thought we had in mind was that the police were available to protect us in case any of us wanted to try anything funny.

While at the business right at the car pack. A police Woman showed up and claiming it was an offence to be selling on the premises of the shopping mall. I panicked no doubt with all sought of thoughts flowing through my mind. Was i about to lose my products or was i going to jail for this silly action. I guess it happened out of my ignorance. My product was seized , sent the the post and processed. Trust me i was hot . After an hour of pleading, what i would call a waste of my time and the buyer.

They decided to give me back my thing after a series of warnings and threat of a fine charge. Gladly i went away, completed the sale and went home. Ever since that day i pondered on the event. Why is it a crime to meet a friend at the mall, just to exchange something. After all Its not like i came to advertise and sell on the premise, it was a meet up. So after a few research done and some insights from some friends i know. It turns out it is never a crime. Wow. So what the police woman actually did was an abuse of power. she could even get arrested herself but i ain’t got her time. I moved on, after all it was an eye-opener. That led me to publish this article on Dailynubs.

Maybe it might not be all but there some things you need to know so you don’t get embarrassed or processed in the name of an arrest. You too have a Right remember. and i don’t mean the five 5 basic rights that every human has. There is more to that and i think you should know before an incident like mine happens to you.

WHAT YOU SHOULD KNOW

What to do when arrested ; Generally The First Thing You Should Do When You Get Arrested Is Find Out The reason for The Arrest And Then Contact Your lawyer And Your Relatives Or friends. This article may pertain to the laws of Ghana. But you know how laws are made. Based on logic and moral so they may be the same for other countries as well.

THE POLICE MUST KNOW THE LAW

I don’t know if you knew this but it’s the duty the police service to know and understand thoroughly the powers of arrest. I have actually seen and heard about cases like this where the police officer didn’t even know the laws that affected the case leading to the arrest. It doesn’t necessarily mean the police has to be a lawyer but then. A Police arresting you because you didn’t park your car well needs to know what the laws about car parking are. So Therefore to beat a police officer at this you need to know the laws yourself. And Please don’t go parking wrongfully just because you know the law. We all trying to do what’s right so we can co exist peacefully. And also No arrest shall be made unless the reason for the individuals arrest is clear and justifiable

REASONS FOR YOUR ARREST MUST BE STATED

This one is easy and logically clear enough. The police needs to tell you why you are getting arrested. It is actually your right. he or she needs to tell you in a language you understand, the offence allegedly committed and the reason for restrain or detention.

Also Note, You have; The right to be informed to consult a lawyer and also to contact the lawyer of your choice.

ACCEPT TO GO TO POLICE STATION ONLY

The right to be taken to Police Station or any legitimate detention centre; Most people get kidnapped through this. if You ever get arrested, only accept decently to enter an approved vehicle or public vehicle for transport. Only accept to be taken to a legitimate detention centre for processing unless its a special case. any thing other than that could mean you are getting kidnapped.

The right to inform any person of his choice, his arrest and location of detention.

Right to be given an interpreter who can speak his language to facilitate process of enquiry.

And the right to bail within 48 hours by police or to be brought before a court of competent jurisdiction for court bail or remand into prison or police custody.

WHAT THE POLICE SHOULDN’T DO TO YOU

Remember its not everything that a a police officer can do to you. Anything done to you unlawfully is an abuse of power and can be dealt with. as a citizen you have;

The right not to be tortured, coerced or humiliated; in the of an alleged crime or offence. This is mostly described as mob action. where the police or even a group of people take matters in their own hands and deal with you. It is infact an offence if anything like that should happen to you. you always have;

The right to be presumed innocent until found guilty in the court of law after being processed. Unless ofcourse you are pardoned and free to go.

Its a law that in making an arrest, the Police Officer shall actually touch or confine the body of the person to be arrested, unless there is submission to the custody verbally or by conduct. meaning the police officer can actually touch and hold you ofcourse with some decency. Unless you agree to the arrest verbally or behave appropriately. Well in this i suggest you just take it cool when getting arrested. There shouldn’t be any struggle whatsoever. so remember if you ever get handled vigorously then it was your own fault and not an offence on the officers part.

Arrest without a warrant:

Lawfully a police Officer may arrest any person without a warrant if the person;

Commits an offence in his presence.

Obstruct him in the execution of his duty.

Escapes or attempts to escape from lawful custody.

Is in possession of unlawful items adopted or intended for use to unlawfully enter a building and fails to give reasonable excuse for the possession of the implement.

Was in possession of a thing reasonably suspected to have been stolen.

is suspected to have committed or about to commit an offence.

An individual engaged with emergency services such as services in connection with electrical power stations, water works, railways, recognized health institutions, fire stations shall not be arrested until the local head of the department has been informed and has arranged for him to be relieved. Not with-standing the above, such a person shall be kept under surveillance by the Police Officer intending to effect the arrest to prevent escape. So Basically if you are a public officer then you need to be relieved before the arrest is made.

WILL I GET SHOT?

Police Officers are also humans and the also face threats especially with the use of firearms or weapons. i don’t think you should ever get worried about getting shot if you don’t possess a weapon or anything that appears like a weapon or do not pose a danger to them in the form of explosives. Know that a police officer is allowed to resort to the use of firearms when; attacked by an armed criminal, his life is in immediate danger and all other means of defending himself have proved ineffective. In these circumstances it must be shown that the Police Officer’s life was in fact in immediate danger, that his attacker was armed with a weapons which was capable of causing death or grievous bodily harm and that he possessed no other means of self-protection, or other means have failed.

To effect the dispersal of a riotous mob that is attacking or attempting to attack life and property. Under these circumstances it must be shown that every means available to Police, Other than the use of firearms, had been tried and has failed, that the mob had been warned and the warning had been disregarded.

This law governs the use of firearms, but it doesn’t mean you cant be caught in a cross fire. The police can never open fire at you if you don’t pose a threat so i guess all you cam do is avoid being at crime scenes where there are shots being fired. You could catch a bullet for no reason.

Building and vehicle searches are conducted; To arrest an offender. Discover items of evidential value. Assist members of an investigation team. To look for explosives or devices in structures. Develop information concerning criminal activity that is under investigation.

Patrol and Search activities allow the legal means of reducing drug trafficking. Police Officers shall remain mindful of the following strategies during patrol. Use non-coercive interactions with possible suspects to create investigative opportunities, without displaying authority or application of force AND Conduct searches where and when appropriate. Most times you don’t get search after being stopped while on the road. The Police usually search you after a reasonable suspicion.

A reasonable suspicion may include flight or panic at the sight of law enforcement personnel, lying while being questioned, or a display of extreme or unusual nervousness in the presence of the officer. The police always rely on these observations to create reasonable suspicion.

So if you know you got nothing to hide then you should behave well . If a police officer abuses the law by forcefully doing something to gain control of your vehicle when you are following or protocols and behaving well then you have every right to question him and call for attention. You could be getting robbed.

These is basically what you should know before you ever get arrested. If you ever feel abused or harassed inappropriately call someone. either your lawyer or a relative. If you do not have the means to, then you can draw attention from public is the most appropriate way.

A summary of the rights you should know :

Who to Call (GHANA)

Here are the numbers of some Human Rights groups that can help you know your Rights, and may be able to provide advocacy services in Ghana: 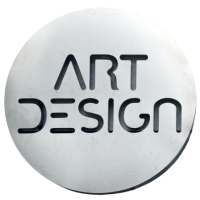